It is well known that ours is a steadily aging population. In Europe alone, there are 101 million people over 65, 40.4 million of whom are seeking home care. Add to this the increase of children and grandchildren who choose to live in cities or countries other than their home countries, amplifying the big issue of elder care. A problem that is usually remedied by hiring caregivers and, when no longer sufficient, by admission to assisted living residences.

What if there were simpler and less impactful solutions instead? This is the question that Marcello Chiesa, Sandro Sartoni, Filippo Monti and Piero Potì of SensoArgento have answered with Argo, a simple yet ingenious solution that puts technology at the service of caring for our loved ones.

The idea was born within the Fondazione CRT’s Talents for Enterprise high training path and consists of a monitoring and assistance system that through invisible sensors installed in the rooms provides constantly updated information on the health status of the elderly person. It covers four macro areas: safety, nutrition, hygiene and therapy. A non-invasive solution that neither disrupts the daily routine nor violates the elderly person’s privacy, based on an intuitive interface and 24/7 constant monitoring.

Translated into numbers, Argo can extend 2 to 4 years of elderly people’s stay in their homes for social impact on a grand scale. A solution made possible by bringing together the heterogeneous skills of the four founders who bring together electrical engineering, computer science, sociology and fundraising, but also on co-design paths involving end users, family members, caregivers and healthcare professionals.

In the meantime, to learn more about Argo’s solution, we exchanged a few words directly with Marcello Chiesa, creator and cofounder of SensoArgento.

How did the idea for Argo come about?

I owe the idea to my grandmother, Christiane, who lived alone in Belgium 1,000 km from her daughter’s home while living with the first signs of dementia. An experience similar to so many others and thanks to which I had no doubts about the topic to which I should dedicate my first home automation project.

From here began the first research and interviews for a precise identification of issues to be answered with concrete solutions. Our SensoArgento team is composed of an electrical engineer, a biomedical engineer, a sociologist, and a computer scientist: together we managed to define a system capable of assisting our elderly without the need to hire caregivers to cover all shifts, inconvenience neighbors, or even resort to hospitalization even when the state of health does not require it.

What are the strengths that set Argo apart?

In Italy there is still a strong attachment to the idea of traditional care, whether public or private. Worldwide there are very few projects that propose a technological alternative: among them, some consist of high-tech bracelets to be worn, which can be taken off at any time without being able to guarantee constant operation. Argo, on the other hand, entrusts its strategy to home automation sensors distributed throughout the home, without requiring any involvement of the person assisted.

This involves monitoring delicate situations, leaving very little time to understand the presence and extent of any accidents or dangers, and leaving no room for the risk of misunderstandings, malfunctions or distractions. Argo sends a notification to the caregiver’s device only when there is actually a need, communicating with an intuitive interface that is easily read by family members, average over 50.

How does Argo detect danger?

In addition, by setting certain customizable parameters, one can decide whether to be alerted in precise situations: for example, in case the front door is left open beyond the predetermined time or in case it is opened during the night hours, when no signals were received for more than an hour, when the bathroom was used too often or too little, and so on. All without resorting to cameras or other systems that interfere with the elderly person’s privacy and routine.

How did Talents for Enterprise contribute to the development of the project and the startup?

The embryonic idea for Argo was chosen within the Talents project. This is where Piero, Sandro, Filippo, and I met and built the business model, refined the product, and identified the key building blocks to define an idea ready to be transformed into a product.

Argo won the Talents for Enterprise award of best project for social impact: with the support of Fondazione CRT we are in contact with funders and we have built our networking, which is fundamental to collect data, feedback, comparisons and useful advice to refine the project. We have joined the Turin Social Impact network, we are collaborating on the co-design side together with Circolo del Design in Turin, and we have just presented SensoArgento at SEOC 2022 in Matera.

What are the next steps for Argo and SensoArgento?

The next steps are definitely the development of the proprietary technology and related testing on case studies. Once these first steps have been overcome, we will start fundraising for the production deployment, for which the skills of Filippo Monti, our cofounder who followed the Talents for Fundraising path, will be crucial. In parallel, we continue to work on our network of contacts and identify moments of meeting and confrontation 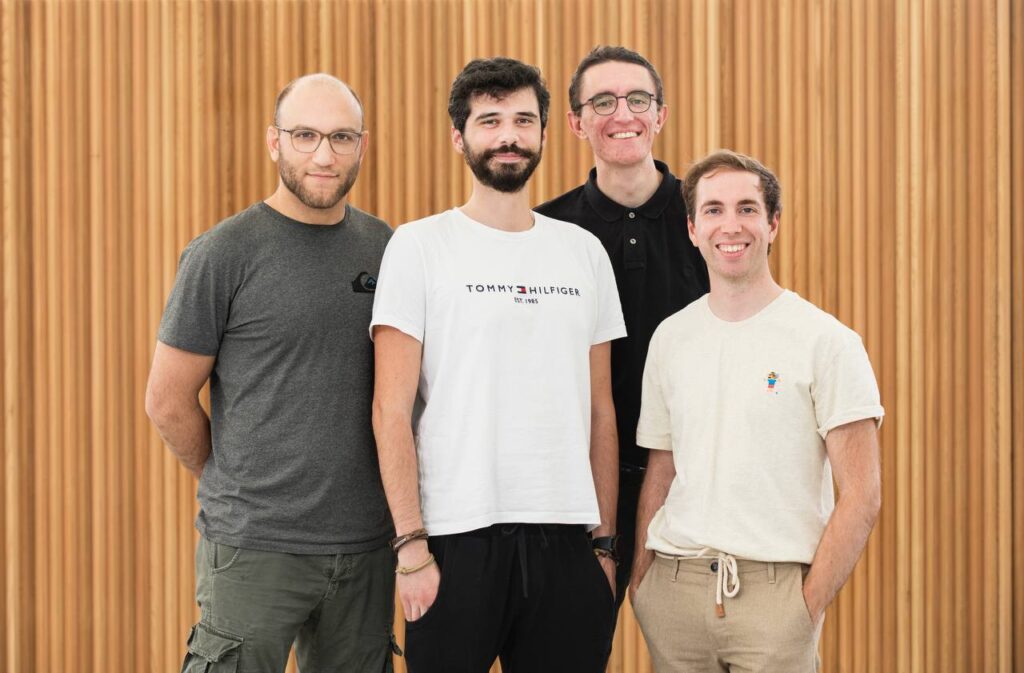